Khabibs Pro Record is a LIE

24 replies to this topic

Khabibs first 6 oponents were in matches that were 2 rounds, in order for them to be considered a professional fight they must be 3(or more) rounds at 5 minutes. Khabibs REAL professional record is 22-0 which is still pretty damn good but NO MATTER WHAT YOU THINK OR SAY, a 2 round mixed martial arts match is considered an "amateur bout", if they got payed and it was 2 rounds it's still considered an "exhibition bout"

There are rules to these things. The fact the UFC or any Athletic commission could recognize these fights as "professional fights" and not "amateur" or "exhibition bouts" is completely baffling, we are giving this guy more credit than he deserves.

needless to say, If I had an extra million in the bank I would make sure to fight to get those non professional fights off his professional record.

As fans you can even go access pdfs and athletic commissions examples or definitions of a professional mixed martial arts fight, Khabibs first 6 fights can be compared to the ultimate fighter where they fight 2 round exhibition bouts.

PFL fight 2 rounders and are professional fights, other orgs have fought 1 round fights that are regarded as pro fights. Not sure where you got your info but its wrong

Savage's pro thread IS A LIE 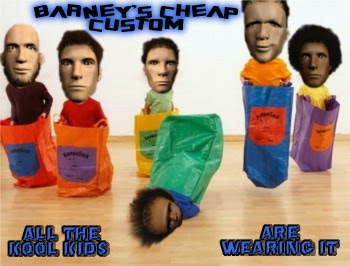 So his pro record is a lie because his first fights were only 2 rounds? fine.. getting more credit than he deserves?

12-0 in the UFC, including the mauling of Conor. If he beats Tony, he still WONT get the credit he deserves. Khabib haters will start saying he needs to fight Justin, or Conor fans will say he's scared to get sparked by Conor in a rematch, or some other fighter can beat him, etc etc.

Even if he loses to Tony, it was a hell of a run, and he deserves to be called one of the best ever.

I mean he is still currently undefeated so whatever matches he had early on to get him to this point were valid imo.

He fought a bear, don’t forget that.

He did have a DQ loss in that run though (not that i am saying that his run was less impressive, in fact i think Fedor's run was more impressive, even if you count that DQ loss).

Zulu was an animal back then, scary ass dude.

Also fought Nogueira at his prime and Cro Crop slightly over his prime, but still a beast...

Nog 2.5 times, and Absolutely prime Cro Cop, no question. The 2 and 3 HW’s in the whole world at the time behind him.

Khabib's record isn't any worse than Fedor's was at that point of his career, is my point. They both have some bums on there.

Zulu wasn't a beast lol. He crushed a couple of cans and then got murdered a bunch of times. BUTTERBEAN submitted him for God's sake.

Man, what a beast.

hmm, he's no Yuji Nagata, that's for sure

Also tagged with one or more of these keywords: lie, bs, dumb, khabib