82 replies to this topic

Comments, predictions and smack talk should be posted here.

CK, please tell big kenlow what to think about the Bucs. (Don't get your hopes up big Ken.) I haven't looked to in depth around the league due to being incredibly busy, but I think the Colts and Browns really killed it early in the off-season.

Giants and Steelers got much worse. I think the Packers made some questionable signings.

My bears filled some holes with mid level FAs. I love the cordarelle Patterson signing. KR was awful last year and I think he can contribute as a 4th WR. I like getting Clinton-Dix on the cheap. Bears definitely downgraded at slot CB. Still need to get a kicker. I think they'll bring in a bunch of fringe guys and hope they get lucky, I'm not very confident in that plan.

I was really hoping my cardinals would make a move for AB or preferably OBJ but they just sat around and did nothing. I just wish they would have moved Rosen and another piece for one of them. I really dont know what they plan to do with the pick but offense is in shambles so we need to do something.

Raiders might low key have a bounce back year if they draft the right guys. Although getting the 24th pick for Mack wasnt very much for such a beast but if they get some good guys maybe it wont be such a steal for the bears.

Texans filling holes with mediocre talent while keeping terrible higher-ups running the team into the ground. I expect another disappointing entry and quick exit in and out of the playoffs. 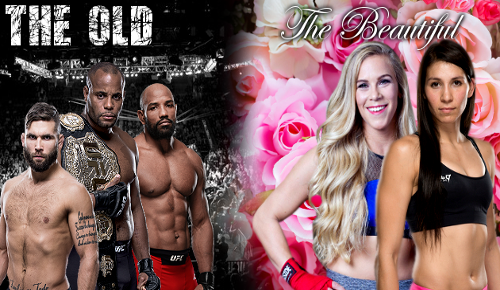 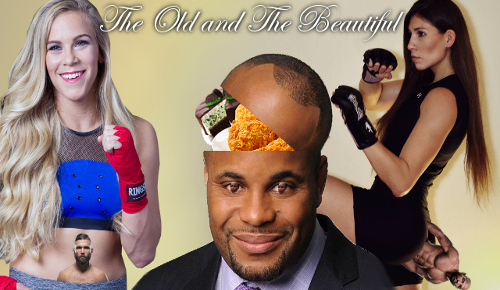 I'd be on board with this!

Ravens have been one of the hardest hit in terms of FA departures in the league and it's all from their #1 Defense.  8-8 will be a successful 2019.

As much as it pains me to say it, nobody in the league has had a better off-season than the Browns; even before the Odell trade... if they make the playoffs, as expected, they should throw Sashi Brown and John Dorsey a parade.

I haven't looked to in depth around the league due to being incredibly busy, but I think the Colts and Browns really killed it early in the off-season.

Yeah Ballard is a wise one. Doesn't dish out the huge bucks and builds his own team for the most part. Very excited to see what the Colts can do next season - I'm not gonna be too optimistic though cos it's no secret we had a fairly easy schedule compared to next season... And my god we struggled early on. I'd like to see us get one or two reasonable signings in positions we need to make the draft picks more straight forward.

As for the Browns, I may consider making Mayfield my fantasy team QB this year - I'm thinking he will give it hell this season.

Texans filling holes with mediocre talent while keeping terrible higher-ups running the team into the ground. I expect another disappointing entry and quick exit in and out of the playoffs.

Steelers should be on the rise after cutting ties with Brown and Bell.  Raiders and Browns both miss the playoffs, guessing AB finishes with around 900 something yards with Oakland.  OBJ will do better in Cleveland if he stays healthy.  Raiders will be trash, Browns might be competitive.

Patriots might repeat with Brady at the helm.  Brady doesn't retire at the end of the year unless he gets hurt during the season or they win a superbowl.  Still think he'll come back to try to make it a three-peat if that happens.

Bucs will be about the same, mid-tier at best. Unless paying Smith all that money at LT means he's going to juice to the gills and become a super-human version of himself I wouldn't be overly optimistic about how the season will pan out.  If Devin White is the next Ray Lewis, which is highly unlikely, than we might be alright.  Defense wins championships... we need one.

I don't really follow any of it but was Howard not doing enough in Chicago to get traded to the Eagles?

I don't really follow any of it but was Howard not doing enough in Chicago to get traded to the Eagles?

Correct.  This past season he was basically in a 50/50 snaps split with Tarik Cohen that shifted in favor of Cohen as the year went on.  Cohen was a much better fit for the new offense.  Then when Chi signed Mike Davis (former seattle RB) in FA it was a certainty that they wanted to move Howard.

While I initially thought this was a steal for the Eagles, I now think a 6th rd pick is close to even value for him.  Especially when you consider that he's on the last year of his rookie deal so this is essentially a 6rd pick for a 1 yr rental.

So a backup running back (who had one good year) is going to make you a super bowl team? That sounds like dopey homerism.

5.2, 4.1, 3.7. That's howards ypc. The only acceptable number was the first year where John Fox ran him into the ground. 1000 yard years in 2 of 3 seasons are just counting stats, the bears fed him so much that he got there despite being a mediocre starting RB. He was great in his first year, but he's visibly gotten slower and a little more contact shy since then. He's a decent short yardage back. The only aspect of his game that is elite is pass blocking.
I hope he has a good season so the pick becomes a fifth. If he has a good season it's likely a bad thing for the eagles because they needed to rely on a very inefficient offensive player

Fly Eagles Fly...straight into a wall or a jet engine....