Since Ronda Rousey's KO loss to Holly Holm, she's been focusing on her life outside of the cage. During a recent press conference she was caught off guard when a surprise guest showed up to the stage for an interview.

A cameraman captured Ronda's OMG CK is going to be here!?! moment.

CK:  First off, gross - I wouldn't fuck you with Dana White's head.  Second, I have that effect on women.  Third, it's nice to meet you too.  Lastly, stick to questions please.  My time is valuable. Time is money.

RR:  How shocked were you when dinooo announced he would be leaving Convicted?  Did he talk to you before he left?

CK:  It wasn't anticipated, but I'm not shocked.  He's always been very active in tycoon chat so we were aware he had a lot of buddies outside of Convicted.

RR:  Did he talk to you before he left?

RR:  Did he talk to any of you before he left?

RR:  Do you know what he discussed with Lance?  Did they part on good terms?  Rumors are circulating that LT assaulted dinooo during his departure from the Convicted Inc building.

CK:  We'll leave TMZ news to noob alliances.  I have no recollection of that.  Let's just say LT is loyal to Convicted. 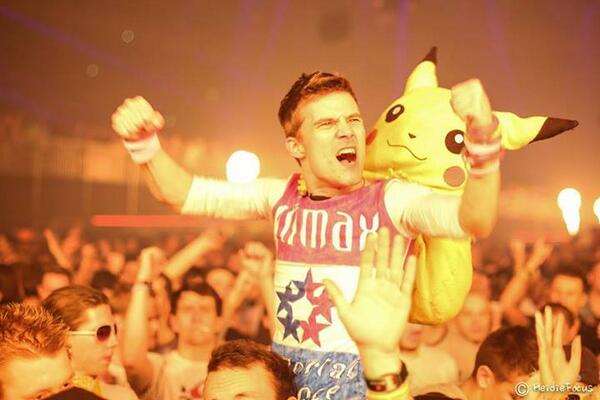 CK:  The name, they really called it Qlimax?

RR:  He named it after some music festival he attended as a child.

CK:  You're fuckin kidding me, right? 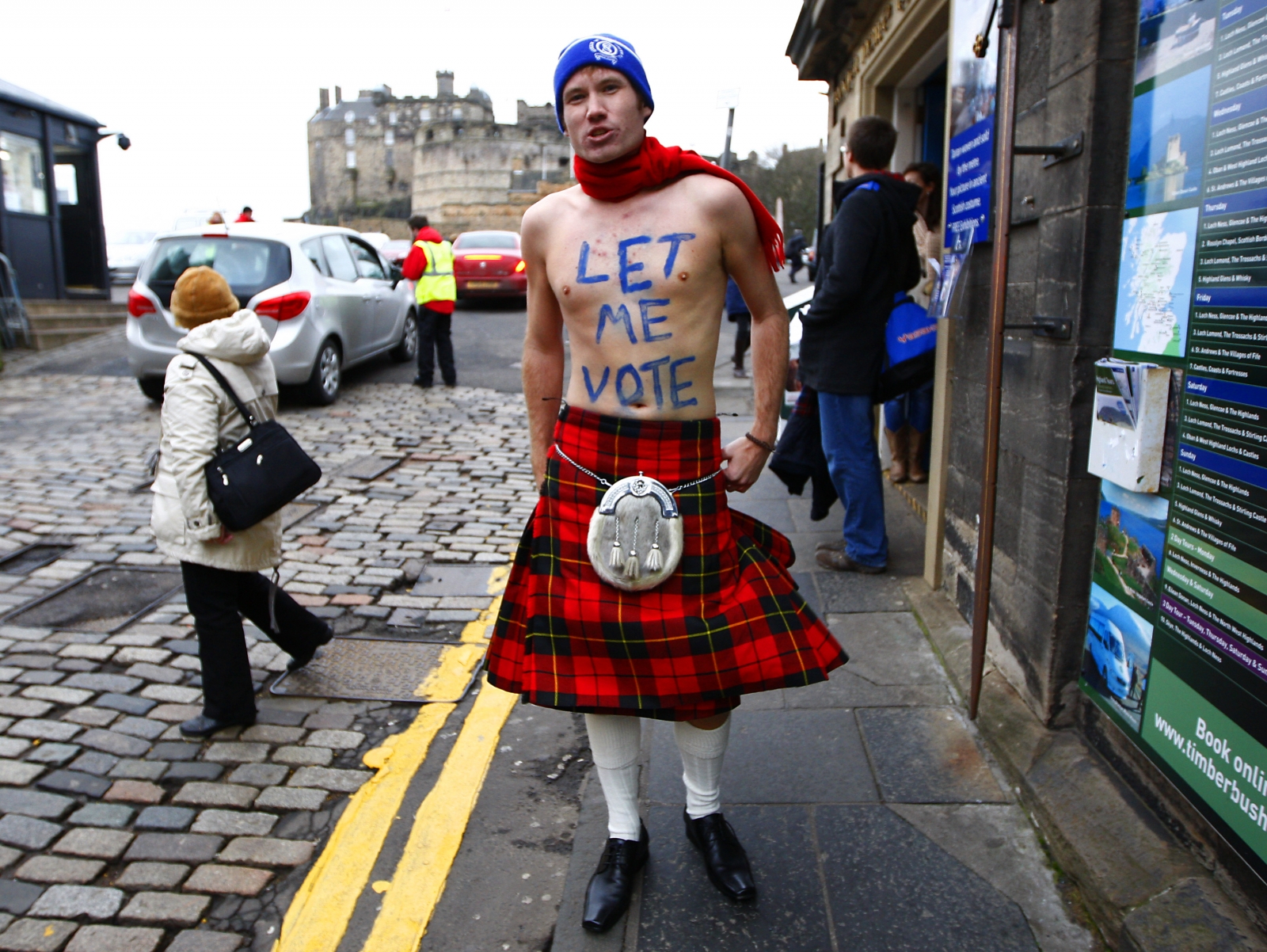 dinooo protesting after Chuck Grace, a former Cocksmen, was voted into Convicted by the OG committee.  He went full body shave and shirtless to show how serious he was.

RR:  There were rumors that there's been a rift between members in Convicted for a long time.  Is that true?

RR:  They say it started sometime after Chuck Grace was voted into Convicted.  That Dean was against the idea of adding a cocksmen to the alliance.

CK:  He just created an alliance called Qlimax with a former Cocksmen and a pikachu loving manchild GBK.  I don't think he has any issues with cocks-or-men or the two combined in any way.

RR:  Did you just suggest that Dean Sutherland is....

CK:  Look, we've all heard the rumors about Dinooo and his boy toy Dean Sutherland Jr.  I'm not saying he is or isn't or that they're true or not true.  It's just coincidental, that's all.

The multi-plying noobs marching in Qlimatic fashion during the new alliance's annual march of pride.

RR:  Are you worried about Qlimax competing with Convicted as a top alliance?

RR:  Do you think that they will dethrone you for alliance of the year?

RR:  With Dinooo, GBK, and Duphus at the helm, you're not worried about their potential.

CK:  Dinooo wears a skirt, GBK still loves pokemon, and Duphus needs viagra to get out of bed.

RR:  Wow, you're really not worried about them at all?

Have to say, that was fun to read Have to say, that was fun to read

And of course, extremely accurate.

Rambo , you're the man! You should make more often write -ups like this!

Why did you put a picture of me in the bottom of your write up?

Great write up dude, glad to see you doing another one like this

Best read I've had in a while on the forum.

I know that guy in the centre, he makes kilts. Last time I saw him we smoked a joint in that very street.

CK:  First off, gross - I wouldn't fuck you with Dana White's head.


After that I had to read rest of post laughing Lmao this is hilarious

Best part for me was the comment about the multi-plying noobs Hahaha!

Step up your game bitches. The Savior has returned and brought tears to the eyes of the humorless. 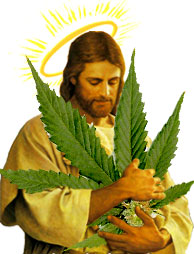 There is already a problem in Qlimax:

We had to discipline Grant:

Here is the breaking video but I have a feeling he was lying and it wasn't for his GF.

There is already a problem in Qlimax:

We had to discipline Grant:

Here is the breaking video but I have a feeling he was lying and it wasn't for his GF.

If that wasn't in Denmark I would of thought that pony thief was Mannetosen lol...

Lil' skirt wearing Dinooo sprinting with a boot up his arse,

chased out the door by a bulky, pissed off and one shoed Lance,

repeatedly slamming a foldingchair on his head.......

The Channel 4 News Team is on top of the action!

For the good folk sitting at home, totally unaware of what kind of Qlimax we're talking about, it's an alliance for noobs and skirt-wearing lady boys that like to attend raves and listen to techno.

We know Brick, you don't have to say that, we're on the air.

Dinooo made the announcement that he was leaving Convicted to create Qlimax on January 4th, Convicted Inc founder Chris Karter's birthday, which stirred some controversy.  There were rumors that he was kicked in the skirt on the way out. Even hit with a chair.

From the outside looking in, it appears that kick to the skirt has really hampered his ability to properly gameplan and manage his roster.

Ron Burgundy
It has the MMA community questioning his ability and competence as a manager, but as of right now, according to our sources within the Qlimax organization, they are saying he looks like a lost stray that couldn't coach his way out of a dumpster.  That seems pretty accurate.  Has any of Dean's fighters won a fight since he left Convicted?

Brian Fantana
No, in fact He lost to Shortfuse again.

Ron Burgundy
We're gonna send it down to Wes Mantooth, who's on top of the action with the latest news.

Wes Mantooth
Thanks for joining us down here.  I was talking to some reliable sources and we've gotten quite a bit of detail.  As if it weren't obvious enough to the people paying attention, Dean is really struggling without the guidance of his mentor, Lance Templeton.  Dean describes LT as his sensei, his master, his lord and savior, and without Lance holding his hand and setting his sliders, he's just another little boy lost in the big city.

Ron Burgundy
Can you tell us anything about Dinooo attempting to rejoin Convicted Inc?

Wes Mantooth
He sent his application this evening, and the Convicted Inc panel sat down and deliberated the matter, after 10 seconds of careful consideration, a unanimous verdict of NO was reached.

Wes Mantooth
Absolutely, it already has.  Dean's failure as a manager has the noob community buzzing.  LOD is leading the polls by a wide margin.

Ron Burgundy
Great work Wes.  We're going to turn it over to the beautiful Veronica Corningstone to discuss an investigation she's been conducting for several minutes. Veronica Corningstone
Thank you Ron.  During a broadcast of TWW news, Dinooo was accused of cherry picking, hype farming, and favoritism for his involvement in Colin Croft's matchmaking process at EVO, when he ducked JLP and #1 contender Mark Riccuito.  It appears that the dastardly devil is at it again.  Dean and GBK's close and personal relationship is well-documented, stinting back to a brokeback raver moment during a music festival in Scotland.  During my investigation I was directed to Shinyo Jintao, a fighter that was unwillingly forced into signing with Dean during FA and signed a contract with the GBK-run enterprise, Troid.  His first opponent was a huge challenge, a 150 cm giant sporting a spotless 17-14 record.

He would go on to enter ITFL and finish with a respectable 5-2 record.  After taking a month off to recover from injuries sustained while... training... he returned to the cage to fight Gustav Ragnarson, a really popular fighter sporting a 2-4 record in his last 6 outings.  Gustav showed off his world class boxing and muay thai skills in their bout, but couldn't make it to the final bell.

This victory over a legend like Gustav earned him a well deserved title shot vs the org's champion, Carlos Centurion (64 P4P), and nobody batted an eye.  A victory over a fighter that was 2-4 in his last 6 outings earned him a title shot before Helix Cabrera (45 P4P), Pernell Whitaker Jr (180 P4P), and Jay Gatsby (200 P4P). All who have longer winning streaks, are higher ranked, and arguably have better managers.

EVO and Troid have been described as "brother-sister" orgs that work together.  One can only wonder if Dinooo has as much control of his matchmaking at Troid as he does in EVO?  Troid owner GBK is a member of Qlimax, and this move is surely shady publicity for any fighter looking to join this organization.

We urge new fighters to be wary of signing with Troid, watch out for hype farming, hype feeding, and biased match making.