We are looking for the best kickboxers the Island has to offer this season.

If you have the ability to kick down a palm tree like Van Damme, we want you!

Feel free to PM me for a contract.

The fighters who hold the title belt at the last event of The Island Season will receive the award of 1 year of VIP for each division, awarded to the champion's manager.

Any questions and smack talk from fighters are welcomed in this thread.

Update on the Island Season award :

The champions of each division after the last event of the Island Season will earn their respective managers each the award of 1 year VIP.

Events will be held every 10 to 14 days. Every fighter will fight each other at least once.

Title fights will be held after 3 wins. The Reigning Champion of each division after the last event will walk away with 1 year of VIP for his proud manager.

Good luck and may the best fighter be crowned the Kickboxing Island League of Legends Champion!

Thank you to all fighters who have signed up so far!

We decided to add some more awards for the Island Season and therefore we would like to encourage everyone to create a KT fighter.

155 lbs Champion after last event : 1 year of VIP to manager

205 lbs Champion after last event : 1 year of VIP to manager

265+ lbs Champion after last event : 1 year of VIP to manager

Most active Smack Talker on thread : 60 days VIP to manager (only meaningful posts about their fighter will be counted)

Most active fighter on Buzz with #KILL : 60 days VIP to manager (only meaningful Buzzes will count)

1) Only after 2 wins will a fighter get a title shot.

2) Champions must accept all title fights, except if injured. (I won't schedule any fights to injured fighters)

3) After a title fight, the loser of the fight (the champ or the contender) will have to wait at least one title fight to get another chance, in other words, no back tot back title shots.

Thank you all for participating in the only KT org on The Island!

Feel free to PM me for contracts or any questions about the awards.

Inaugural Event of the Kickboxing Island League of Legends

Events will be held every 10 days with previews of the two main events. Our main event features two up and coming fighters in the 155 lbs division, Android Kickenstein, a product of the famous "Red Ribbon Army" and his opponent from South Africa, Gerrie "Ostrich Kick" Schutte. This promises to be an interesting fight, as both fighters are making their debut. Schutte told us his nickname came from practicing his kicking game with ostriches?! That sounds bizarre! Let's see what this farmboy can do to the more technologically advanced Kickenstein. Schutte has an edge in wrestling, so he will probably rely on his clinchwork, as well as that ostrich kicks! Kickenstein will probably be the favorite among the fans, as his army is well known in the MMA world. The Co-Main Event this evening is the big guys of 265+lbs. Clint "Rock" Thorpe, from the relative unknown African country of Benin, against another African, Balthazar "The Titan" Theron, from South Africa. Thorpe looks a lot like "The Rock", and that explains his nickname and superior wrestling skills, where he can give Theron a very hard time in the clinch game. Theron, on the other hand has the upperhand in boxing, and will probably look for a quick knockout, to avoid dragging the fight out in the clinch. This looks like a close matchup between these two massive fighters, both standing above 2m tall!

Like we say in Taekwondo:  Take his fucking head off mate !

This Android will just destroy. can I still join ? 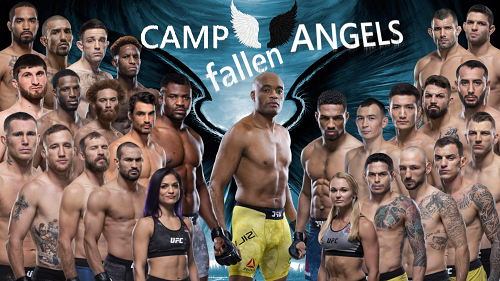 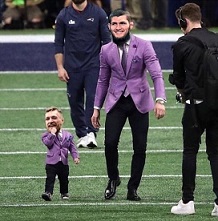 Yes, everyone is welcome to join. You can PM me your fighter ID or post on the forum and I will send you a contract offer.

The league will run until the end of the Island Season. Prizes will be awarded after our final event of the season.

Yes, everyone is welcome to join. You can PM me your fighter ID or post on the forum and I will send you a contract offer.

The league will run until the end of the Island Season. Prizes will be awarded after our final event of the season.

any specifics on fighter creations ?

All ages are welcome.

We have a prize at the end of the season for the best 18 year old fighter.

Events will be held every 7-10 days with previews of the two main events. Our main event is a super clash between two undefeated fighters, both looking to earn their title shot. Android Kickenstein, winning his first fight with a blistering and painful front kick, is gaining popularity among the KT fans as a talented and ruthless kickboxer. His opponent is Frank "No Games" Yates, an excellent boxer who, as his name implies, do not play games when he enters the ring. His powerful punches will scare Kickenstein, who will have to rely on those accurate kicks to soften his opponent. This will be an exciting match with lots of bruises in the end. Yates may well score the knockout if he can get through Kickenstein's defences. Epic matchup between two undefeated super heavyweight fighters! The Big Philipino, Marcelo H Del Pilar, will take on Clint "Rock" Thorpe. Del Pilar showed his endurance in his last fight by winning by unanimous decision, but struggled to get his opponent down. Thorpe looks like the more aggressive fighter, finishing his opponent in the first round. This fight will be decided by both fighters' defensive game, as well as endurance. Del Pilar has a slight advantage in being able to let the fight run all the way, and hopefully Thorpe will be able to hold out. Let's see who can survive this exciting matchup!

Kickenstein: *beep beep* doubt my win again I see. How many people must I kick before you see I only real fighter.

Kickenstein: *beep beep* another win in my resume who is next! Only 2-0 fighter you have. Also tagged with one or more of these keywords: KILL, KT, Island, Kickboxing, Org