3 replies to this topic

So, a bit of backstory. While my account may be kinda old, I have taken many breaks and a lot of my knowledge of the game comes from when I read the forums back when I first made my account in 2014. That being said, I have some questions that hopefully can get me back on track to becoming a decent manager.

1. So I recently learned there is a skill cap. How does one determine this?

2. Since there is a skill cap, does this mean you wouldn't want to max out your physicals?

3. Whats a good training regiment? I know that one should get their conditioning and strength to at least 12, and then there defensive attributes (takedown defense, defensive grappling) to 12. Is it smarter to focus on Primaries first, then secondary skills? Or the reverse?

4. Is maxing defensive grappling and leaving the other ground skills to very low levels a solid strategy if you plan to just lay and pray? (Considering there is a skill cap)

5. How does one determine the fast learner hidden? I read something about a script...what script (link)?

6.  Is it a huge difference if there is 3 people in a training session versus 2 or 1 person(s)? What is the deviation?

7. Should you train a particular skill more than 3 times a week? I always felt like I read somewhere that there is diminishing returns, but I might have fabricated that memory.

8. The more the merrier for sparring, correct? There is no such thing as too many people?

9. If there are a bunch of 1 star sparring partners, does it matter as long as there is at least one partner that is 4/5 stars? Or do they bring down the worth?

10. What are the pros of being in an Alliance?

11. Do you think I should wait to make more project fighters until there are 290k+ ids?

12. For the love of christ, will the mma tycoon app be on the itunes app store as well? ETA?

Thanks in advance for those that take the time to help me out, sorry for the long post. But I like the idea of a "one stop shop" for all of my questions. I'm sure there are a bunch of noobs like me that will benefit.

1. The Skill Cap is different for each fighter, but the general area would be between 2650 - 2750. The more injuries your fighter picks up in his career, the lower his skill cap will be.

2. Physicals are pretty much a must have for any top fighter. A lot of managers at the top level have commented on their fighter's falling physicals being the death of them in terms of being able to compete.

3. You would want conditioning to be at least 12 for training purposes, since the higher the conditioning, the less energy you lose from training sessions. For young fighters, you can have them work on just one secondary throughout the whole week and get the secondaries you would ideally want in your fighter up to Wonderful at least.

4. Not especially a great idea, as you can be in a lot of trouble if your opponent takes you down and lands in Side Control, since you will find it hard to escape from the position and your opponent will likely have a good ground game if they are taking you down.

6. Ideally, you would want 1 person in a session for max gains, 2 is not as good but still gives you better training than most. 3 or more in a session affects the gains a decent amount, so you would really want 2 in each session at most

7. The only training that has Diminishing Returns is Sparring. You can do Physicals or Secondaries all week long, but training Primaries (Sparring) two sessions in a row will have diminishing returns, you can have 6 sparring sessions a week as long as none of them are back to back.

9. I believe they will affect it a bit, but keep in mind there is a penalty involved for having less than 5 people in a session also (According to Duphus) so it could be beneficial, I ain't too sure on it tbh

10. You get a network with people and get to know them. You will compete in an alliance pyramid with each other, and generally an alliance should be a group of guys you get along with and a group of guys who help each other out. An exception of sorts would be the alliance I am in (Qlimax) is more directed at helping new players or inexperienced players get to know the game more and generally get them on a decent path to enjoying the game while giving them a chance to network with other managers

11. It would be a good idea since if you make a fighter now, you will be competing against a bunch of 280k guys who have been training properly for a few months now. Starting at 290k with the right knowledge on how to build a fighter will give you a good chance of competing, even against some more experienced managers.

12. Mike has said he isn't looking to make an app for the itunes app store, I think he said something about it being a lot more difficult to do compared to Android. This stuff is gold. 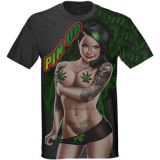 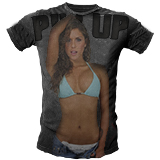 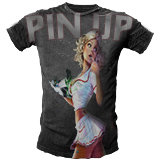 Back to Noob help!